Since 1981, the label and wrapping paper for each vintage of Chianti Classico Casanuova di Nittardi Vigna Doghessa has been created by a different world-renowned artist. Two works of art every year, for 35 years.

For years now the viticulturists and collectors Peter Femfert and Stefania Canali have paid homage to the historical owner of the vineyards, Michelangelo Buonarroti, by pursuing and celebrating a unique alliance of wine and art. Since 1982 they have invited a noteworthy succession of international painters, sculptures and writers to leave a memento of their legacy on the given vintage – every year a different artist. 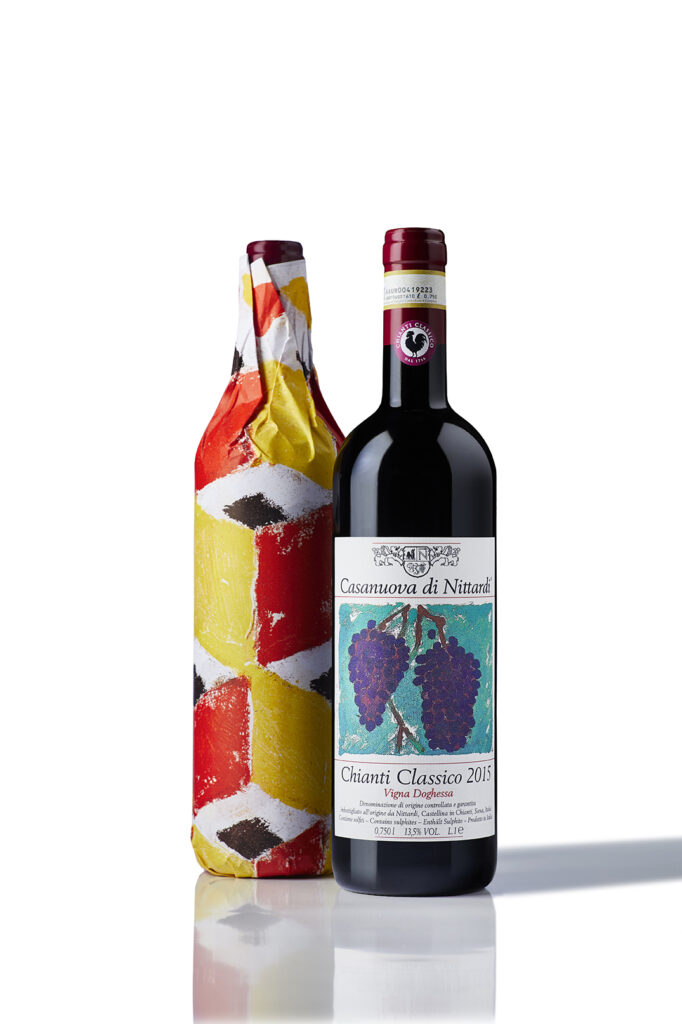 Joe Tilson (born 1928), a British Pop Art icon, enjoys pointing out that he was famous before the Beatles and Mary Quant. Indeed, he was a precursor and then a prominent exponent of London’s “Swinging Sixties”: a silent and visionary artist who, at the end of the Fifties and well into the next decade, informed a cultural wave that was destined to change the lifestyle of the people as well as the world’s horizon of thought.

Tilson moved away from the Pop Art at the end of the Sixties, when “it lost its original meaning of ‘Popular Art’, becoming an object of worship-consumption”. In search of a new approach, one both more introspective and tangible, he first moved to the English countryside and then, after numerous and continually longer visits, to Italy.

Tilson was first introduced to Italy at the age of nine, when he won a booklet on Giotto during a competition at school. The little book became his guiding inspiration for the years to come, and led him down a path of discovery that eventually took him to Cefalù, Sicily, where, in the aftermath of WWII, Tilson decided to cross Italy on the back of a mule – a journey that took him first to Tuscany, and then to Venice. But it is also a journey that has not yet ended, not even now that he lives and works by turns amidst the hills of Cortona and behind a silent Venetian window.

Tilson’s artwork is a tribute to Italy: it is the expression of a continuous enchantment, of the wonder experienced in the presence of every newly discovered artistic treasure in a land where such treasures have been stratified for centuries.

Fascinated in particular by Byzantine art and mythology, Tilson merges both with Indian and Aboriginal symbols to create invigorating combinations. He revitalises archetypical images by permeating them with an accessibly contemporary language and playing freely with primary symbols such as air, water, fire, earth, enigmas and labyrinths.

For Nittardi, Joe Tilson has created two artworks that delightfully express his love for Tuscany and Venice.

The materiality of the grapes, painted in thick green and violet strokes, exudes from the label: the grapes’ plenitude is a symbol of life as well as of the ancient cycle of the seasons, a cycle that culminates in the harvest.

And if the label is a tribute to Tuscany, the wrapping paper is one to Venice – to its marvellous marble floors, and to the marquetry and mosaics of its churches and buildings.

Tilson has created two evocative artworks, marked by a strong allusion to the earth, which call upon the viewer to stop and look in order to be able to see again.

Casanuova di Nittardi 2015 is a pure Sangiovese. The grapes – picked and selected by hand in September – come from a single vineyard, Vigna Doghessa, a parcel of land located 450 meters above sea level on a south-facing hill with a soil full of schist stones. The vineyard has a density of 6600 vines per hectare. After a long natural fermentation period in stainless steel tanks, the wine is aged 14 months in French oak tonneaux (500 litre), followed by 4 months in a concrete vat and an additional 6 months in the bottle. 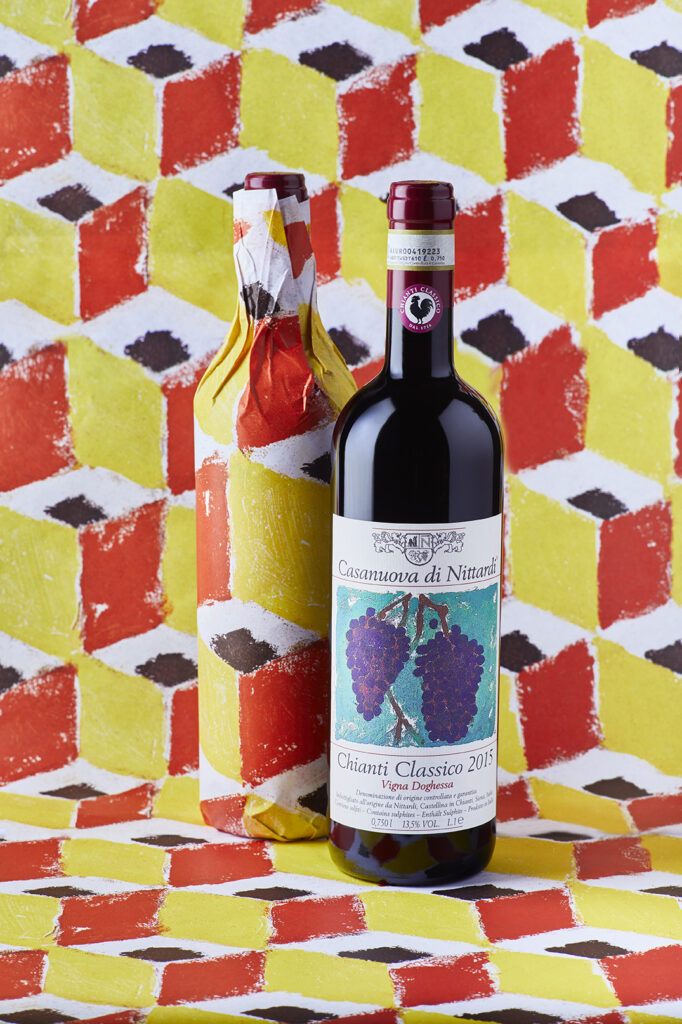 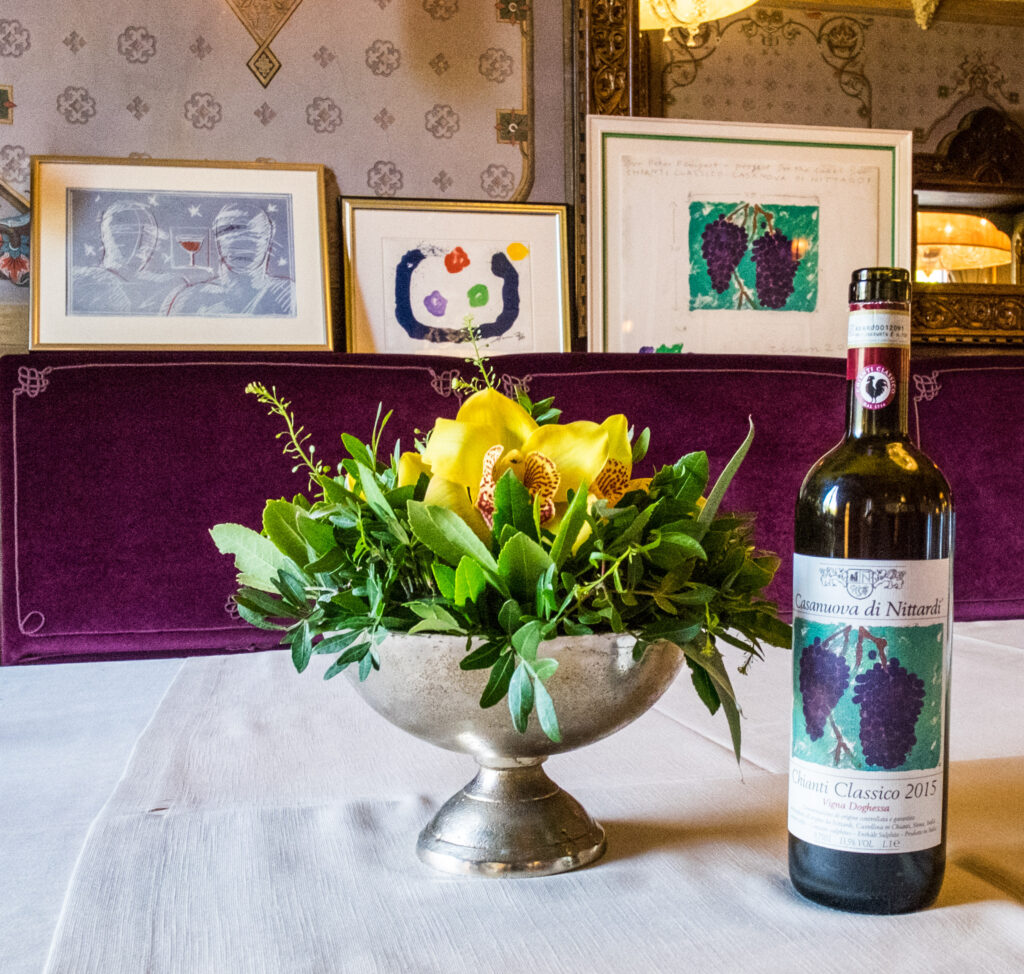 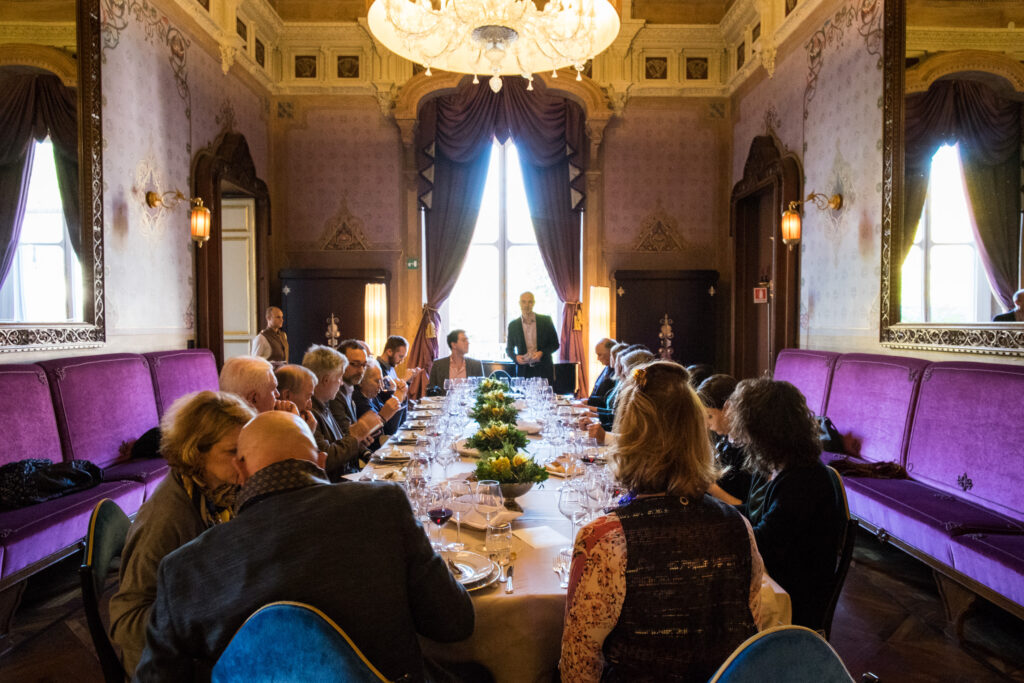 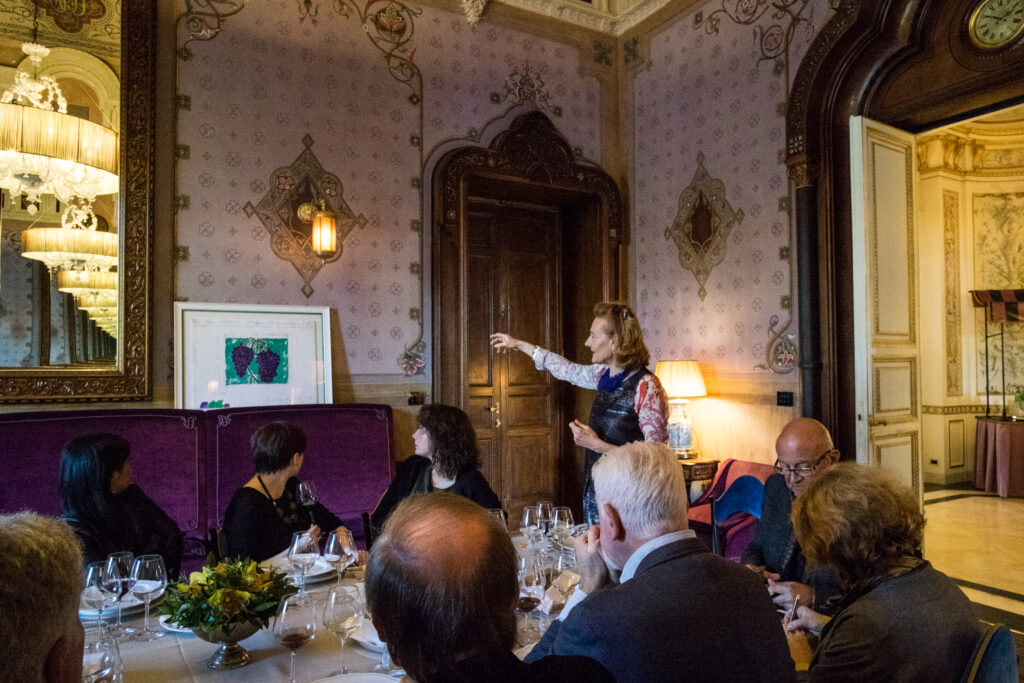