Der Feinschmecker, Germans leading food & wine magazine, wrote a nice article about a vertical tasting we did some month ago in Frankfurt, Germany.

The mentioned that 25 wines were tasted and that the highlights were Nittardi Riserva 1985, 1997, 2001 and 2010. Also impressive were Casanuova di Nittardi 2007 and 2013 and they especially recommended our Nectar Dei from Maremma! 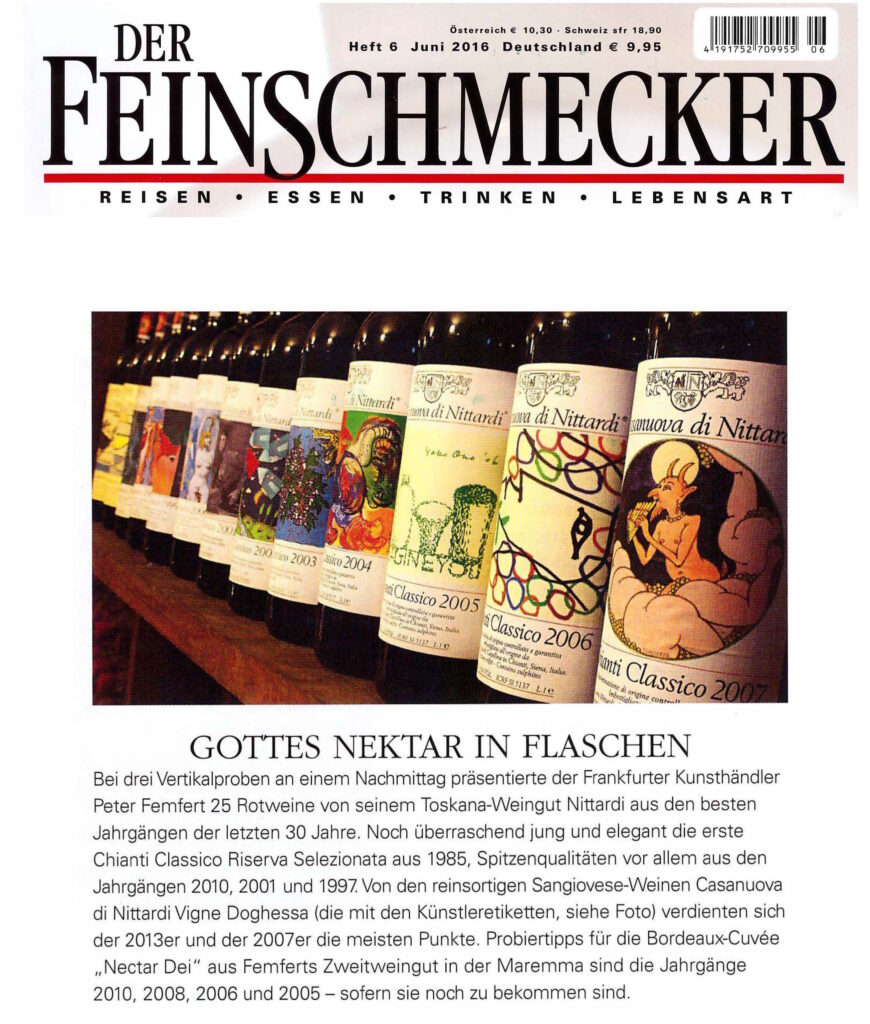