You are here: Home › Team 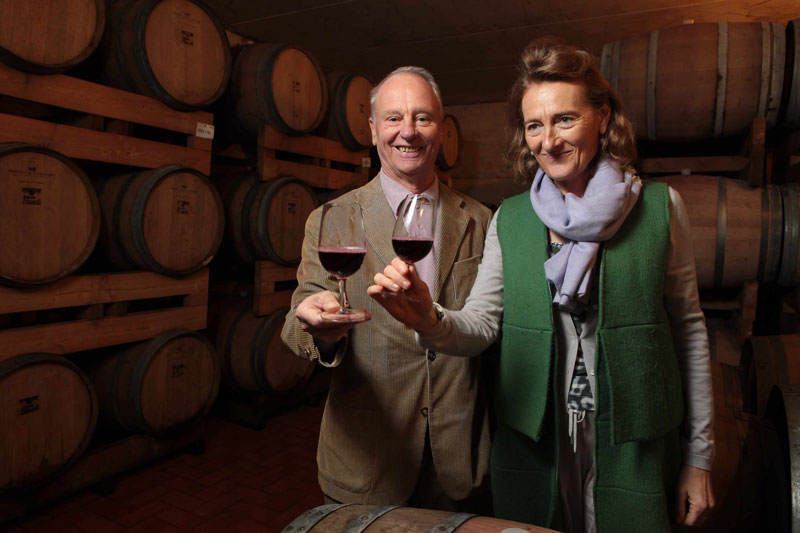 Stefania, a historian, was born in Venice, studied in Florence, and then taught at Columbus University in the United States. Peter, an art gallerist in Frankfurt, has always had a great love for Italy. Before dedicating himself to Nittardi he travelled the world on foot, with an adventurous journey across the Sahara Desert, and sailed all the oceans.

After meeting for the first time in Berlin, and following by their marriage in Venice, the young couple – though they didn’t speak the same language – easily agreed on what their future would be based: Their motto became Per Aspera ad Astra.

Stefania left the press office in Venice where she worked and devoted herself to Nittardi and their sons Leon and Damiano, who had been born in the meantime.

Deep roots are not afraid of storms: Peter didn’t give up his passion for the sea and continued to participate in important sailing races around the world, but now with Stefania at his side. But their true passion had become Nittardi, where over the years they have planted thousands of oak and olive trees.

Here the strength and soul of the family, like the grapes used for their wines, is nurtured and enriched by the fertile Tuscan soil.

Léon started to work full time at Nittardi in 2013. He studied philosophy in Germany and Italy, and wine business in Burgundy, France. Before dedicating all his time and passion to Nittardi, he worked for different wineries in the USA, France, Germany, and Chile. When not at Nittardi, he likes to spend time in the mountains, especially when there is snow on them, for that is when they are at their purest and most intimate. 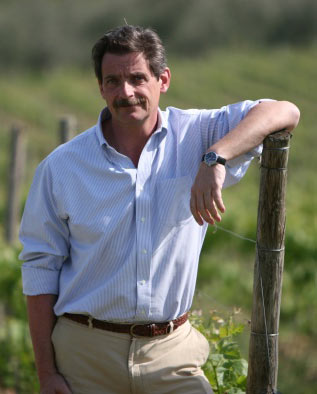 Carlo Ferrini has been part of the Nittardi Team since 1991. From the day that he left the Chianti Classico Consorzio, he has supervised the vineyards and winemaking at Nittardi. In 2008, the American publication Wine Enthusiast proclaimed him “Winemaker of the Year”. In 2003, the Associazione Italiana Sommelier declared him “Enologist of the Year”, a title that had already been bestowed upon him three years earlier by Gambero Rosso. Today, Carlo Ferrini, Tuscan by culture and Bordelaise by passion, works with renowned estates all over Italy.

Giorgio started at Nittardi in 1991 as an Italian teacher, and since then he has worked in all possible areas at the estate. Today, he is in charge of all the commercial aspects, including sales and logistics. Before coming to Nittardi, he studied agronomy in Padova and was a professional ping-pong player. Besides having a great passion for wine, he is a keen football player and plays concerts regularly with his jazz band.