“Alle meine Tiere” (All my animals) is a sculpture that Klaus Zylla realised for Nittardi last year, after spending a month together with the staff and family in the property. The pyramid has been realised using terracotta tiles, which have been painted and then composed in a pyramidal shape after being oven-cooked for 3 days at 1000 degrees. 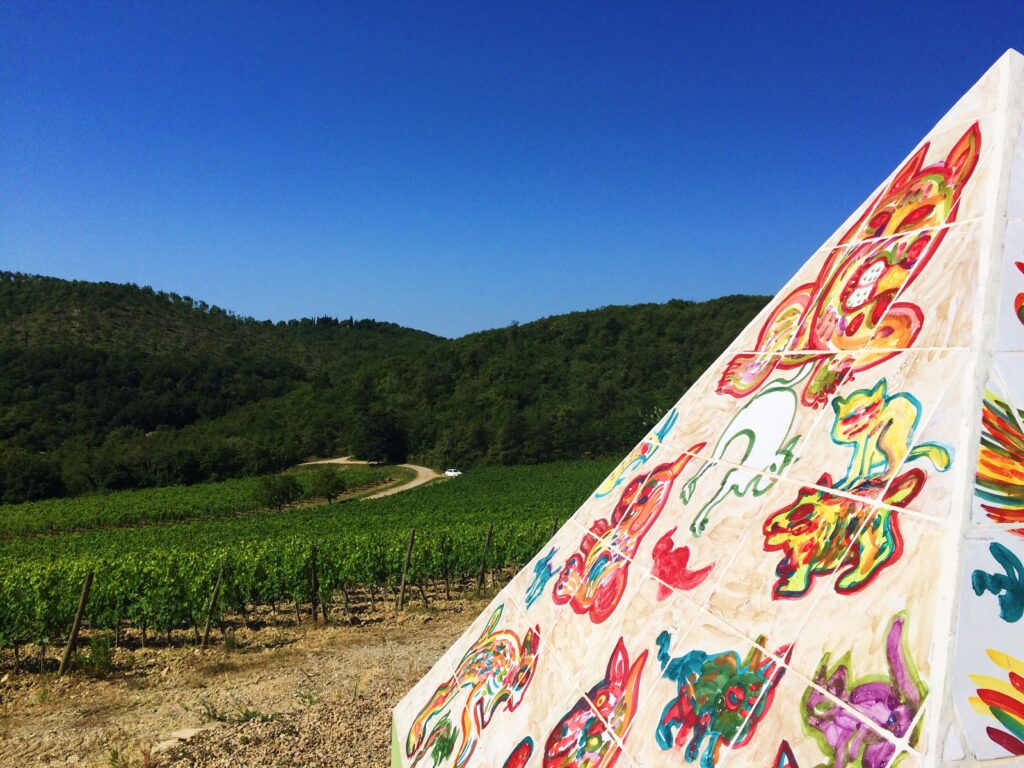 On each side of the pyramid, the artist chose to represent animal and human shapes, whose bodies often overlap creating imaginative figurations. The strong, primary colours that flatten the figures on the surface show a fascination for expressionist techniques, and underline the powerful imagery that is the hallmark of Zylla’s works. A resolute use of one-dimensional lines – predominant over volumetries – aims at confusing the boundaries between the figurative elements, emphasizing at times their difference and at times their symbiosis. As a result, the pyramid appears as a conjunct of bodies, objects and fauna that reminds of a jungle of fantastic animals. In order to underscore the connection between the work of art and the vital environment, the pyramid has been placed in the highest (and most visible) spot of one of the vineyards that link Nittardi’s main house with the Casanuova estate. 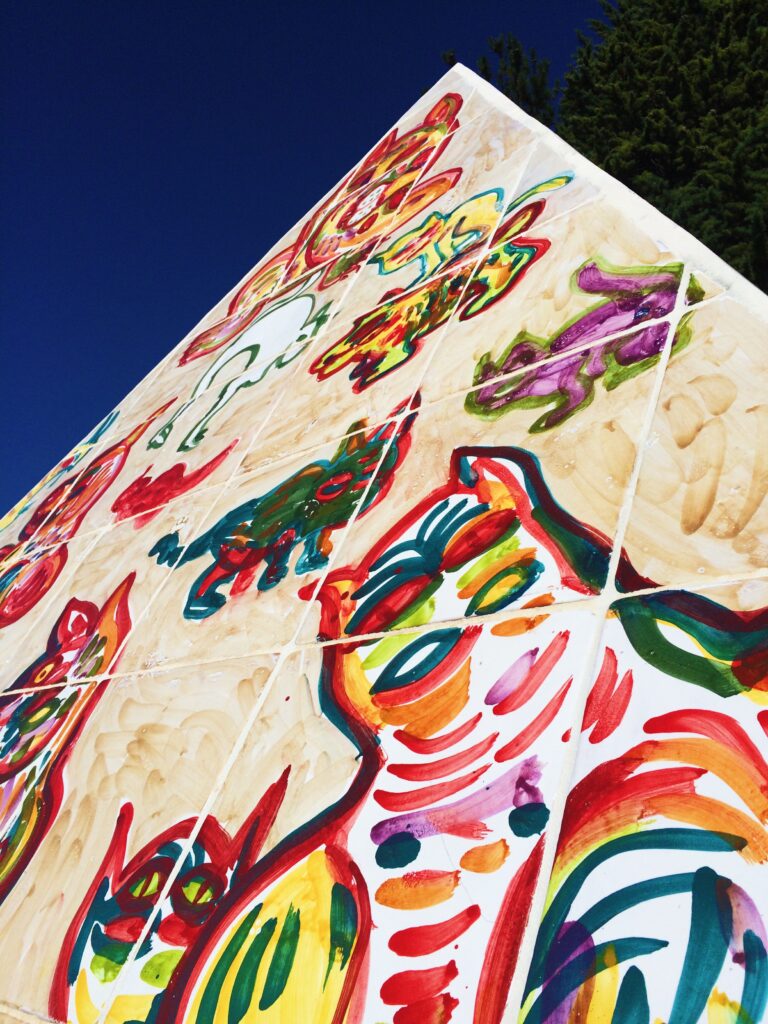 The process of realisation of the pyramid has not been very smooth though… In fact, the first tiles chosen by the artist proved to be unsuitable for painting and had to be changed with something that neither Klaus nor we knew where to find. Luckily, in the end an old man who lives in the surroundings unexpectedly turned up and gave him the right tiles! Little miracles born of Tuscany’s wisdom and openness. For one entire month, Klaus lived with us and could observe our way of living and working without filters. This fortunate encounter led not only to the realisation of the pyramid, but also to the decoration of two tanks in our cellar and to the magnificent portraits of all our staff! Check them out here and here. 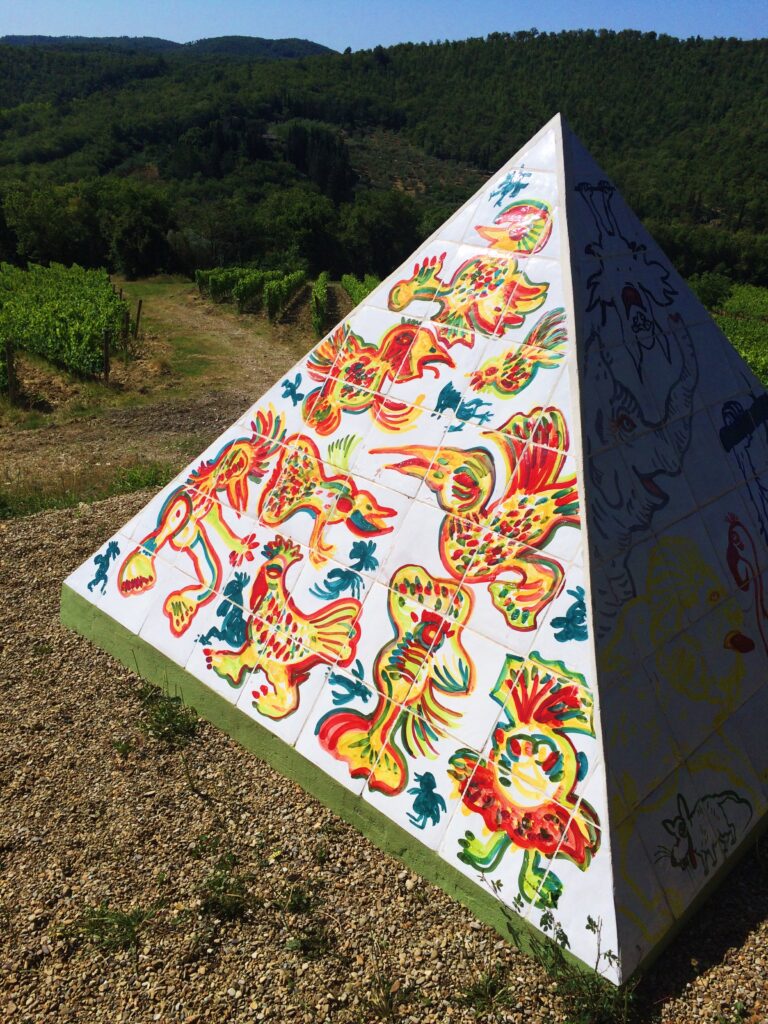 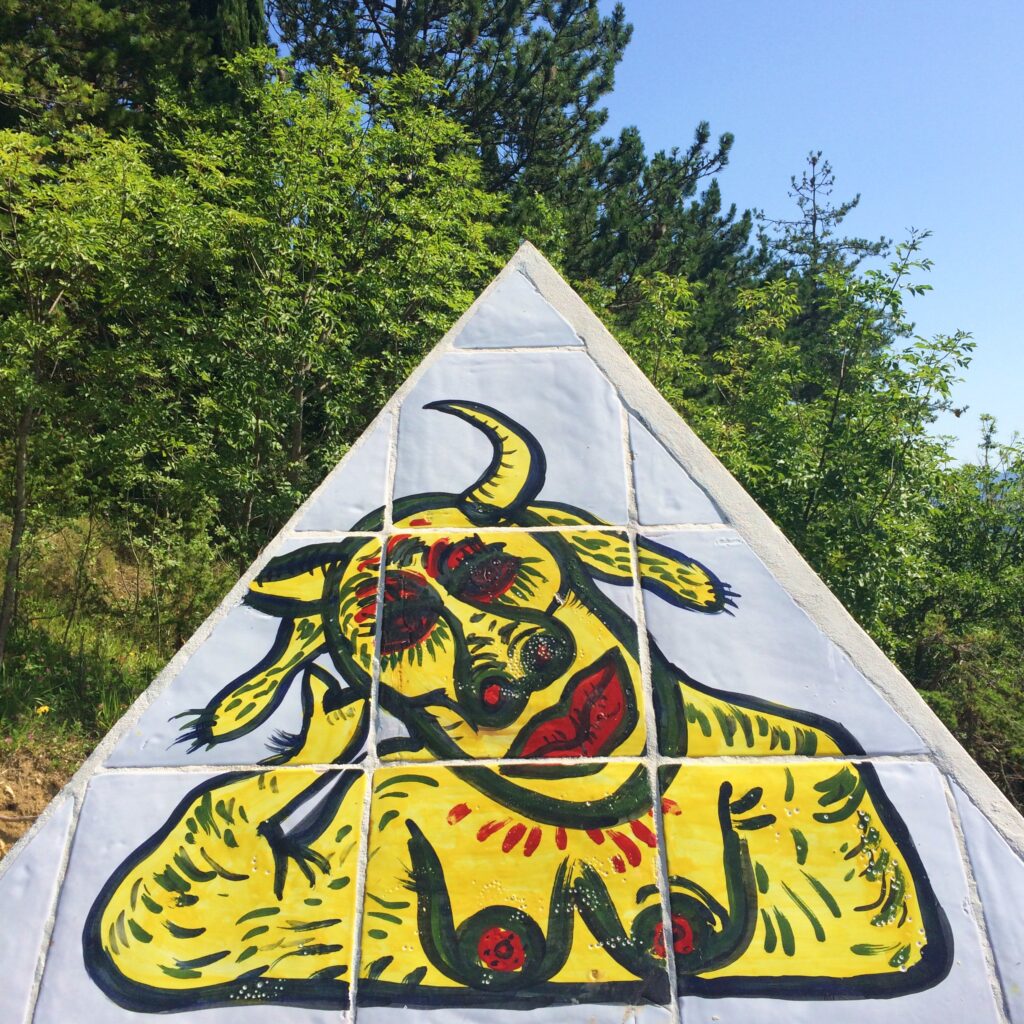 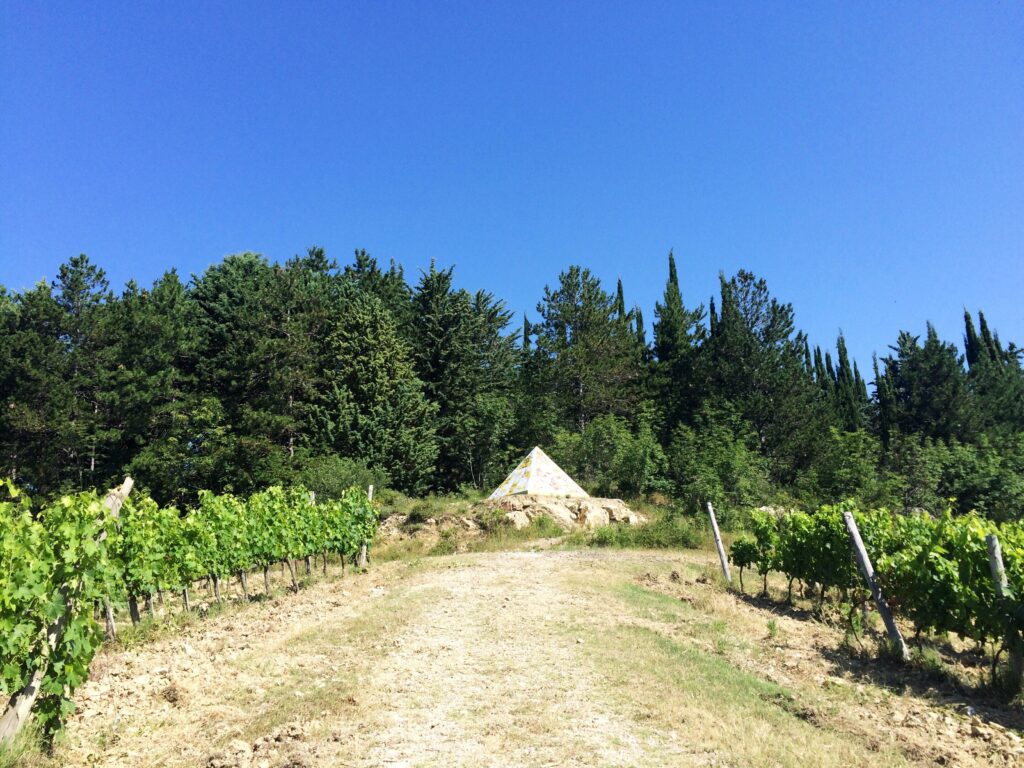 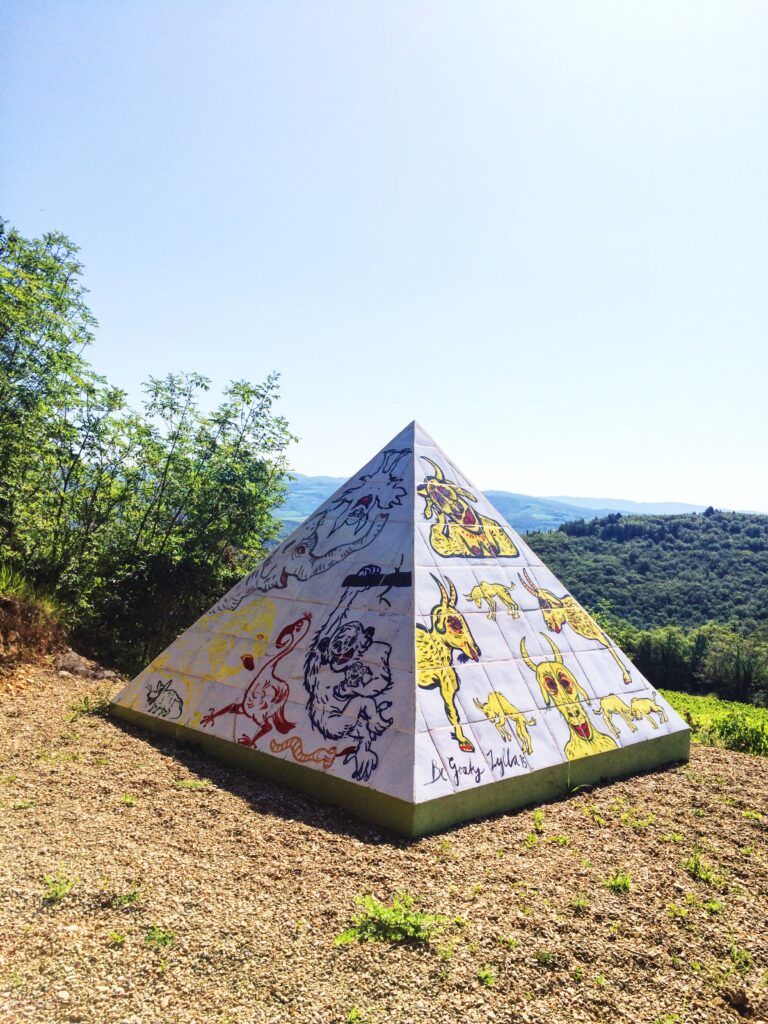 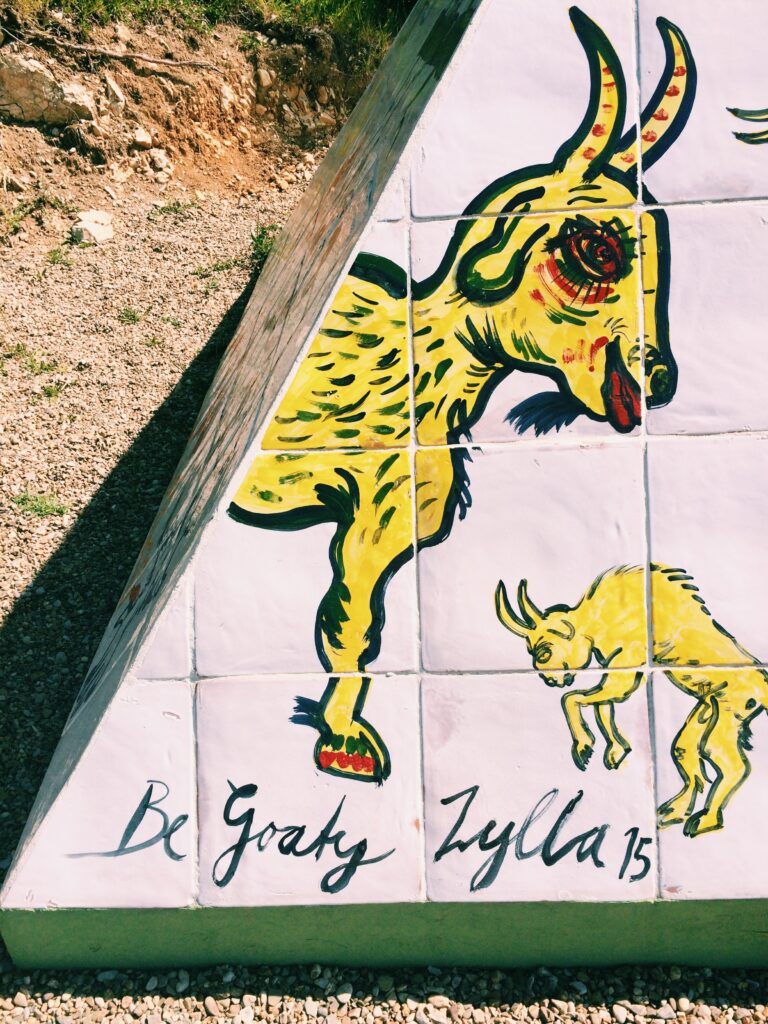 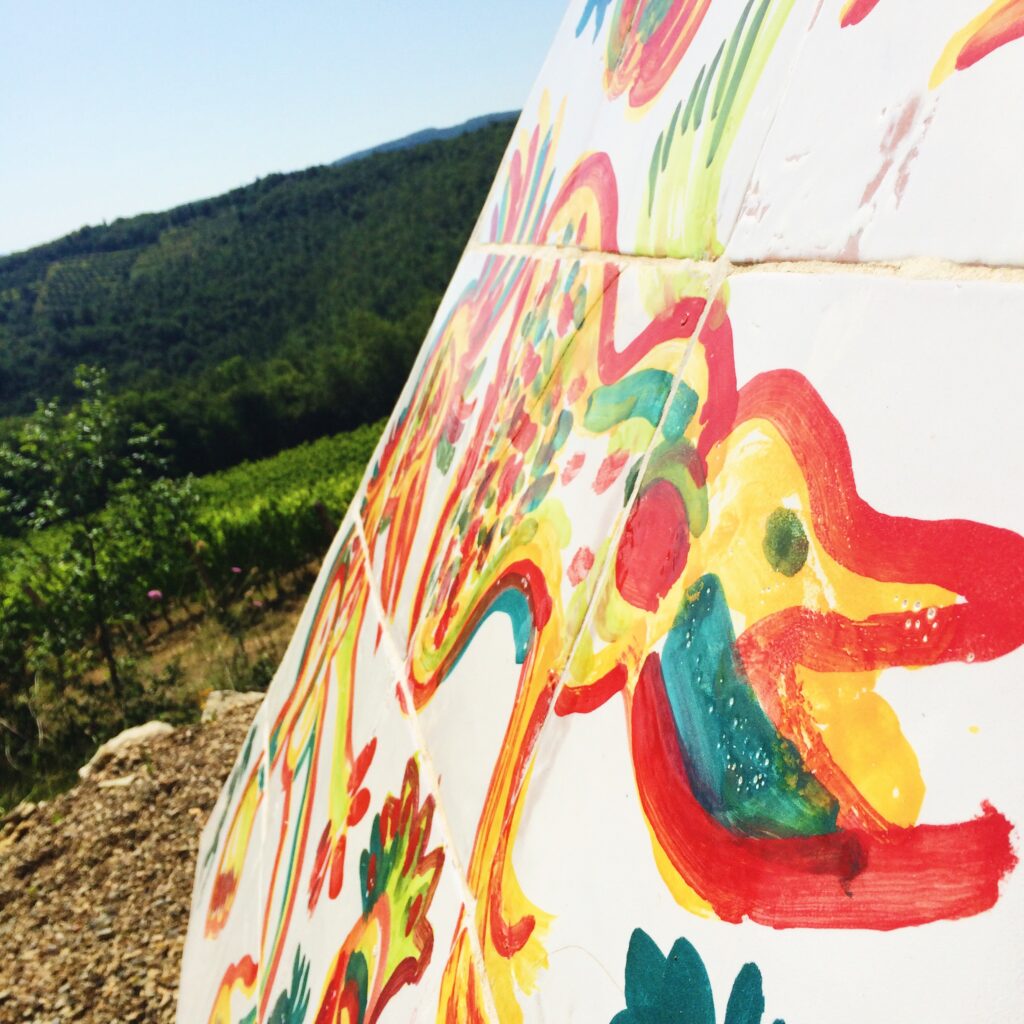 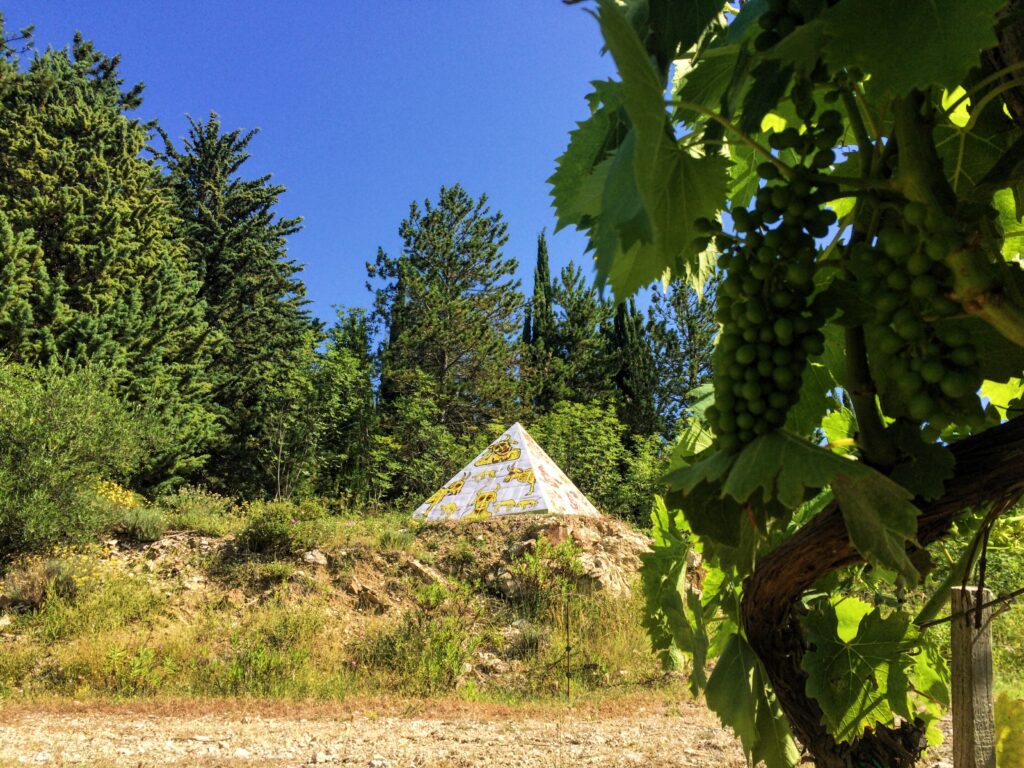