In ancient times, the grapevine symbolised a precious asset. Thanks to human intuition, coupled with hard work, we possess the nectar of the gods: wine. Evidence of wine‘s existence goes all the way back to a 7,000-year-old terracotta jar in Hajji Firuz Tepe, located in today’s iranian Kurdistan. The first modern bottle label was created by the hand of the French monk Pérignon, who tied a parchment-paper inscribed with all wine‘s data to a bottle: an “estiquier”, from which the French word for label, “etiquette”, is derived.

And in this tradition, with Chianti Classico Casanuova di Nittardi 2020 we are celebrating 40 years of a precious collection of artist labels and wrapping papers. Since 1981, a literal Who’s Who of the international art world has honoured Nittardi with artworks: Tomi Ungerer, Yoko Ono, Dario Fo, Emilio Tadini, Günter Grass, Hundertwasser and many others have created two works for Nittardi, one for the label and one for the tissue paper within which the bottle is wrapped. A tribute to Michelangelo, the illustrious previous owner of Nittardi, and to the visual arts – and to the nectar of the gods.

For the 2020 vintage and anniversary edition, a competition was announced and six artists have emerged as victors. Each case contains a bottle graced with a label and wrapping paper from each artist. For the magnum bottle, an honorary award was given.

Casanuova di Nittardi is a Chianti Classico, 100% Sangiovese, that comes from a single vineyard in Castellina in Chianti, the “Vigna Doghessa“. This plot is located at an altitude of 450 metres with a splendid south-eastern exposure and a soil of medium depth, particularly rich in limestone. The 2020 vintage can be described as a classic year with abundant spring rains and a warm but never extreme summer. However, more than for the climate, we will remember this vintage for the beginning of the pandemic. While the world stopped at Nittardi, we had the privilege of being able to continue to work outside in the vineyards with even more passion and dedication to details. All this allowed us craft a wine that is unique as it is extremely complex, just as a work of art can be.

These are the seven bottles: 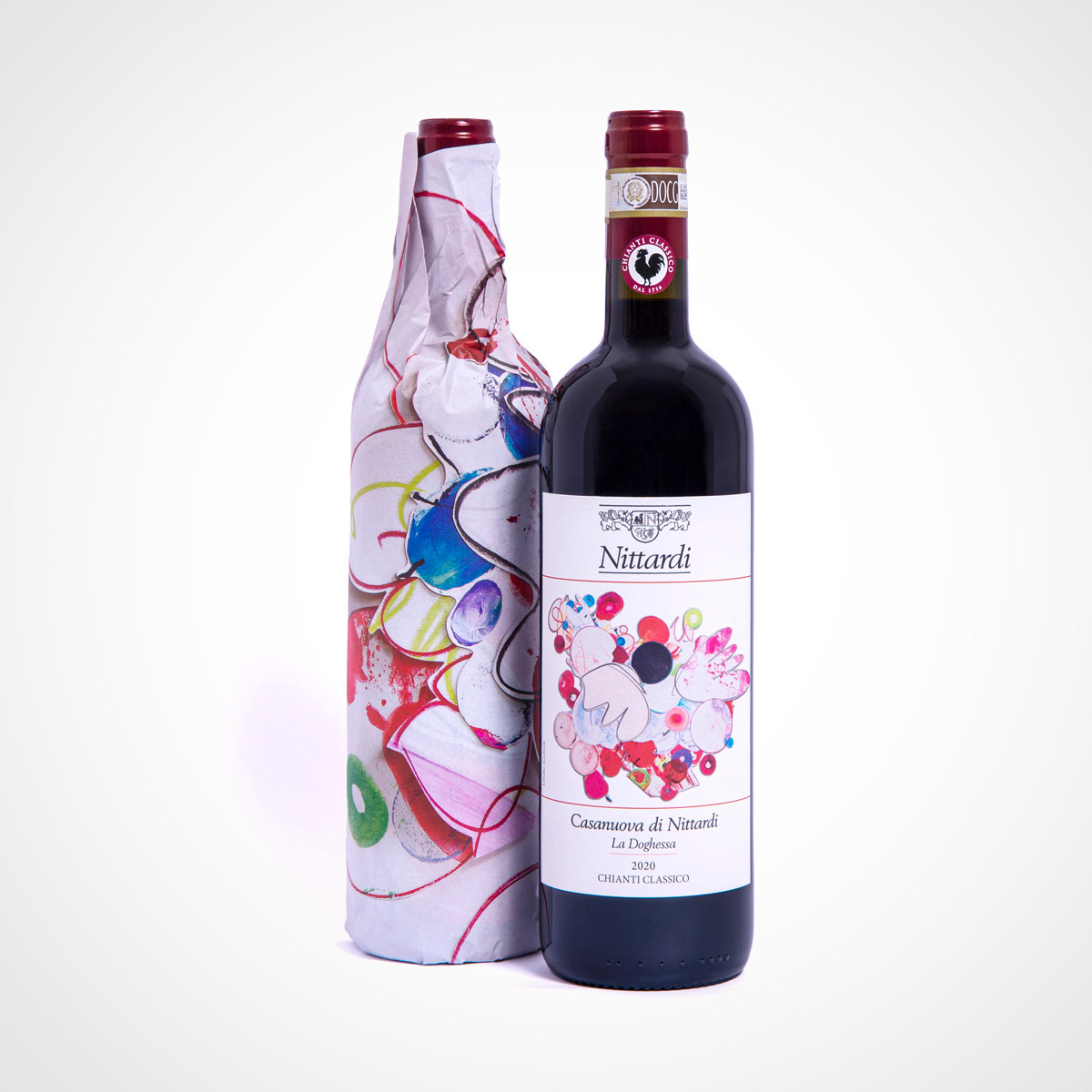 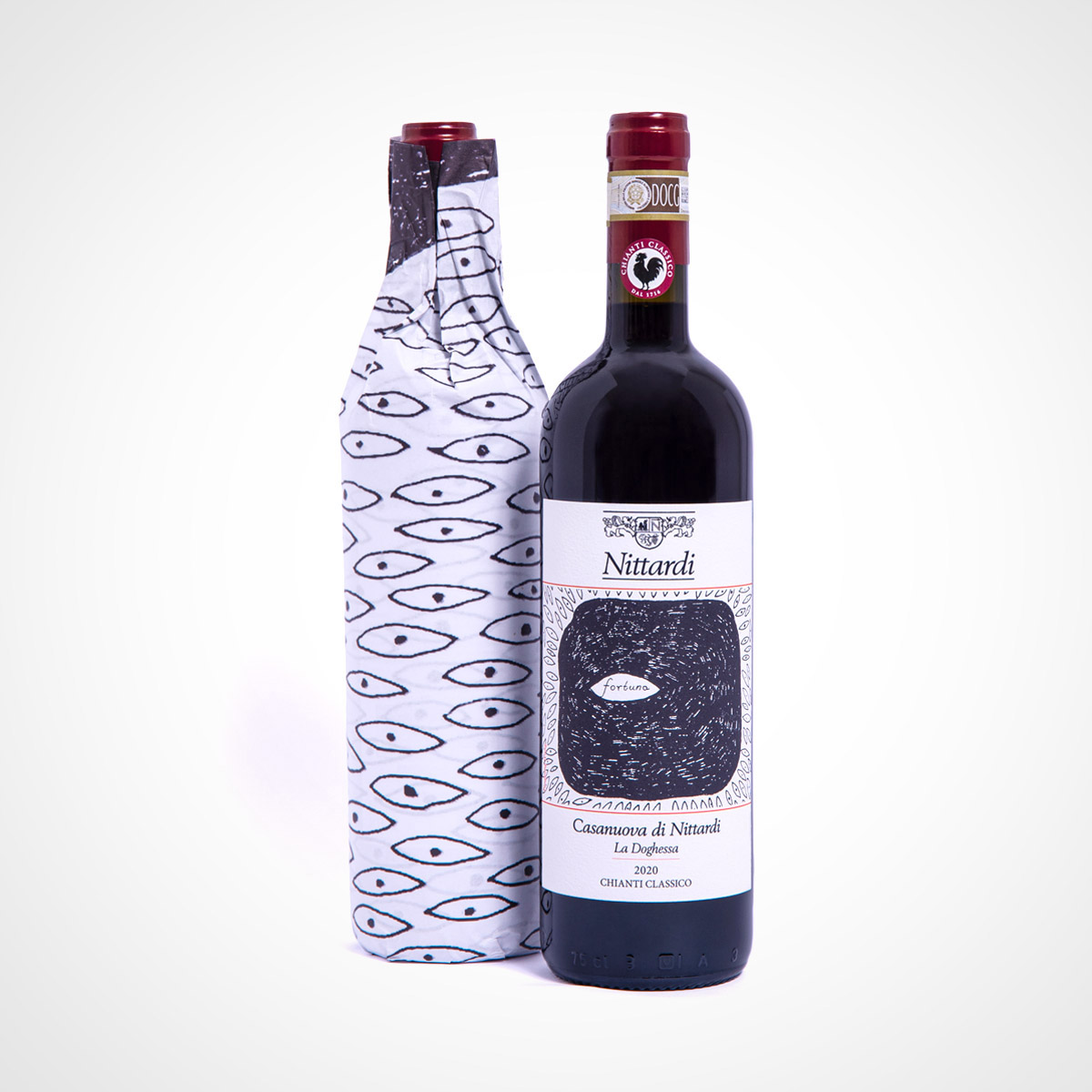 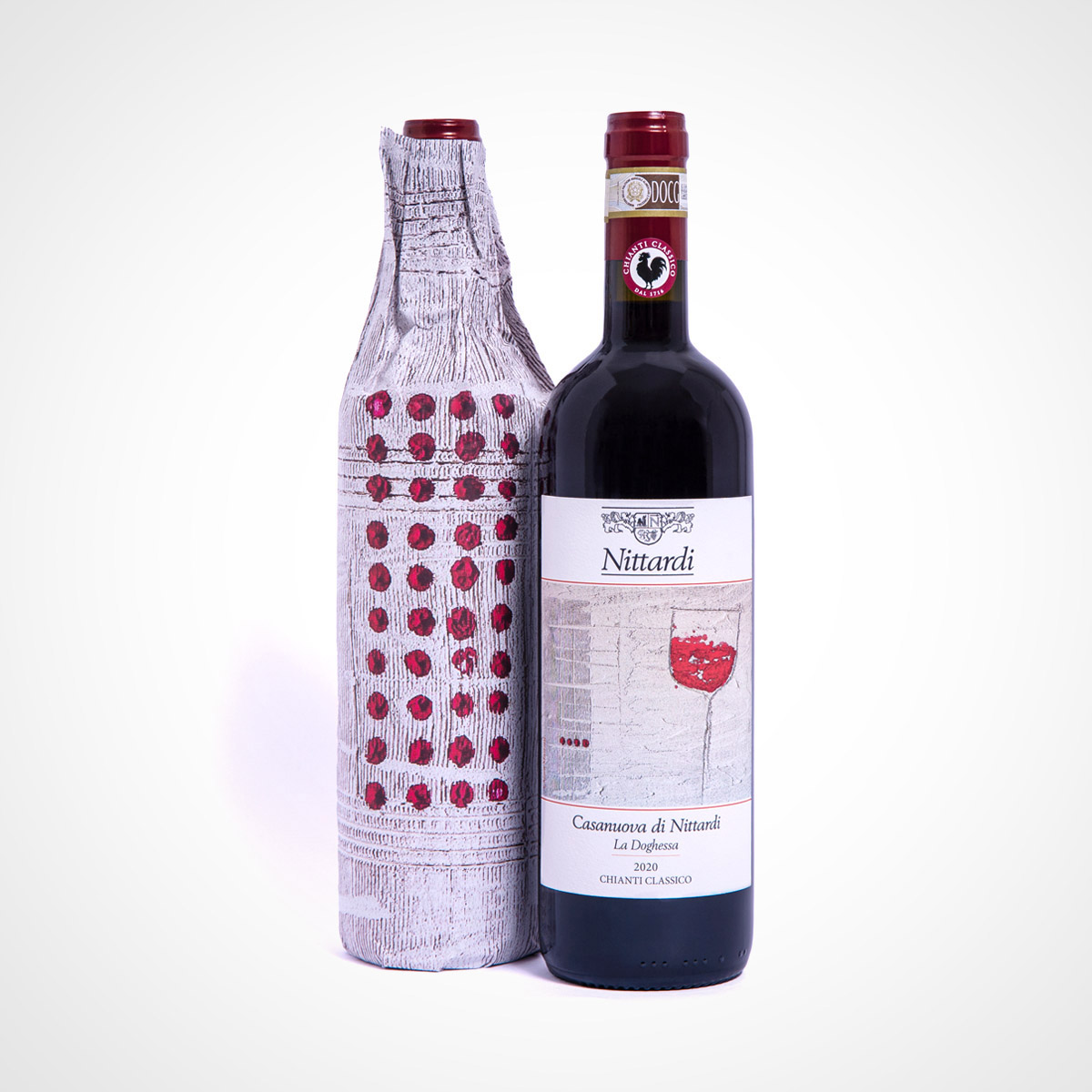 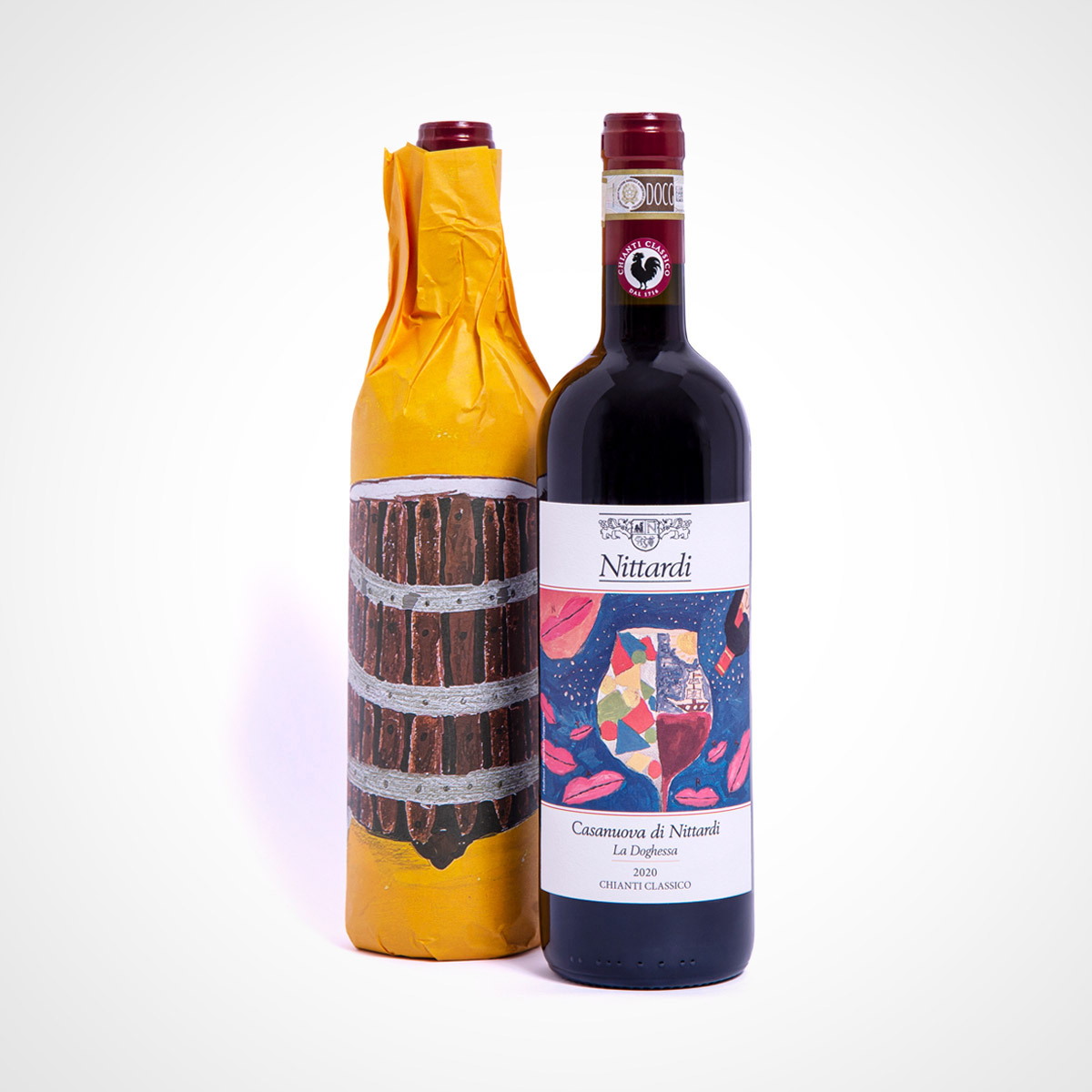