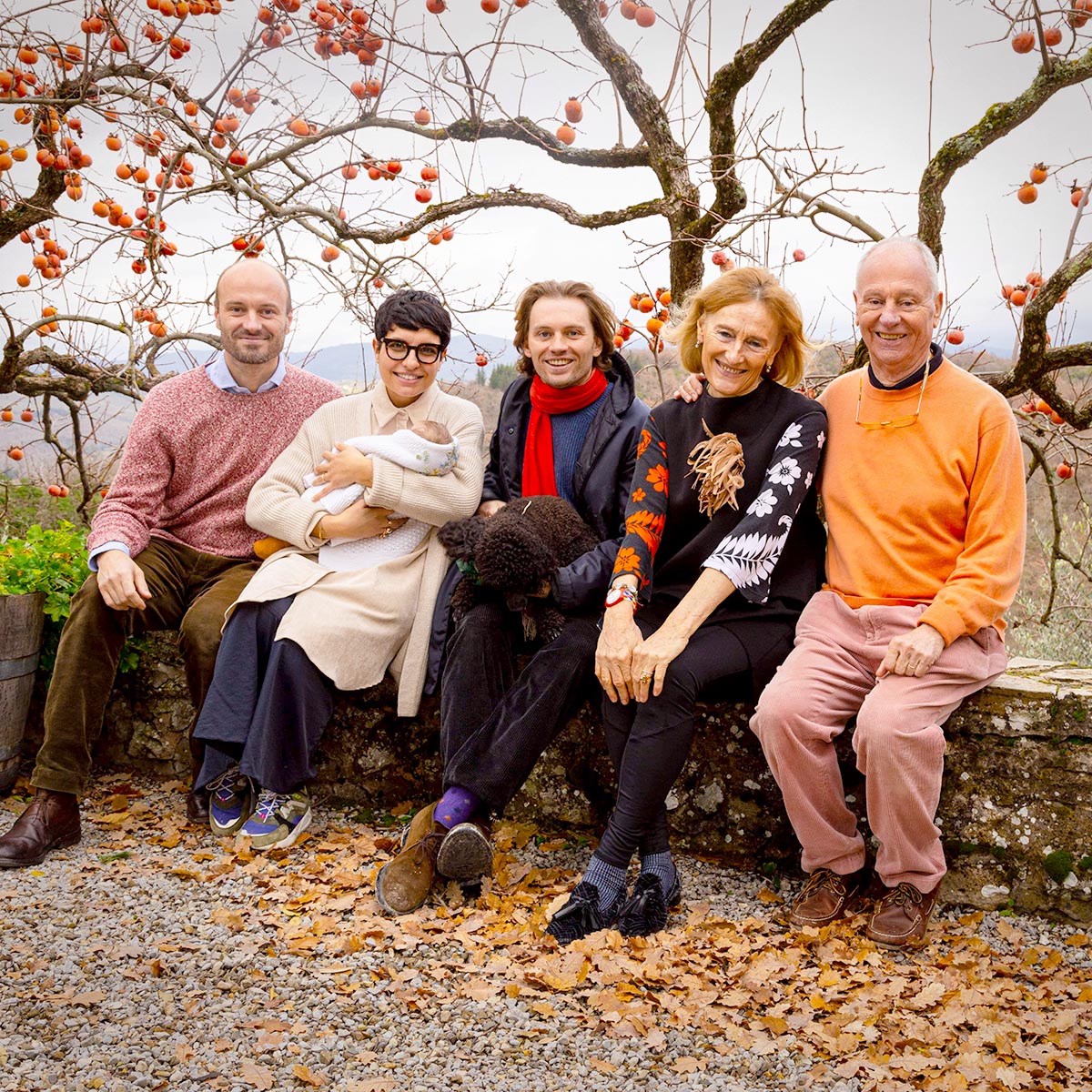 Stefania, a historian, was born in Venice, studied in Florence, and then taught at Columbus University in the United States. Peter, an art gallerist in Frankfurt, has always had a great love for Italy. Before dedicating himself to Nittardi he travelled the world on foot, with an adventurous journey across the Sahara Desert, and sailed all the oceans.

After meeting for the first time in Berlin, and following by their marriage in Venice, the young couple – though they didn’t speak the same language – easily agreed on what their future would be based: Their motto became Per Aspera Ad Astra.

Stefania left the press office in Venice where she worked and devoted herself to Nittardi and their sons Léon and Damiano, who had been born in the meantime.

Deep roots are not afraid of storms: Peter didn’t give up his passion for the sea and continued to participate in important sailing races around the world, but now with Stefania at his side. But their true passion had become Nittardi, where over the years they have planted thousands of oak and olive trees.

Léon started to take over Nittardi in 2013. He studied philosophy in Germany and Italy, and wine business in Burgundy, France.

Before overseeing winemaking and the business side of Nittardi, he worked for different wineries in the USA, France, Germany, and Chile. When not at Nittardi, he likes to spend time with his family in the mountains, especially when there is snow on them, for that is when they are at their purest and most intimate.