A new barrel has find its place in our winery. It’s a 3500-lt engraved botte of French oak wood, and it’s meant to celebrate a very special anniversary.

On 20th April 1967, a very young Peter Femfert was travelling on a plane that took off from Colombo, Sri Lanka, directed to Basel. Peter Femfert, at the time, worked for a German travel agency and lived most of the year abroad. On that particular occasion, Peter had just completed a six-month work period in Sri Lanka and was meant to return to the base in Germany.

The Bristol Britannia 313, property of Globe Air, left Colombo on the 20th of April. Times were different back then: it was not unlikely that the same flight stopped in multiple countries before getting at the final destination. After Colombo, where Peter got on, the second stopover was Bombay, while the last one before Basel should have been Cairo, in Egypt.

While flying over Cyprus, the captain unexpectedly attempted to contact Nicosia’s airport tower to ask permission to land. There was a violent storm at Cairo, and the pilots decided to try an emergency landing in Cyprus instead, yet aware that the weather conditions were not milder. It was hard to establish a radio connection, and harder still to perform the right manoeuvre to land. There were two different attempts at landing, which did not end successfully. During the third, the plane was taken too low, passed over the runway and disappeared from view: it disintegrated a few kilometres away on a mountain, since regaining altitude was no longer possible. Among the 130 passengers and crew members, only four people miraculously survived – and Peter was one of them.

Fifty years after this incredible event, Peter’s wife Stefania Canali, together with Nittardi’s team, decided to surprise her husband with a gift aimed at celebrating his second-birth, and the dramatic landmark that changed his life forever. Johannes Heisig, a Lipsian painter and graphic artist, was asked to produce a drawing that would be later engraved on the front of the botte. Heisig’s creative recollection of the event features an angel carrying a grape bunch, a lion, two trumpeters and Nittardi in the background, on top of which stands the writing “Viva, sempre viva, Peter”. The engraving has been made subsequently by the artisans of Garbellotto, one of the oldest and most famous Italian manufacturer of barrels, on a 3500-lt barrel that now contains our precious Sangiovese Chiantigiano.

Peter Femfert did not know anything about the new barrel until his last visit to the winery in May. When our team surprised him with the new barrel, he was moved and happy for the gift. 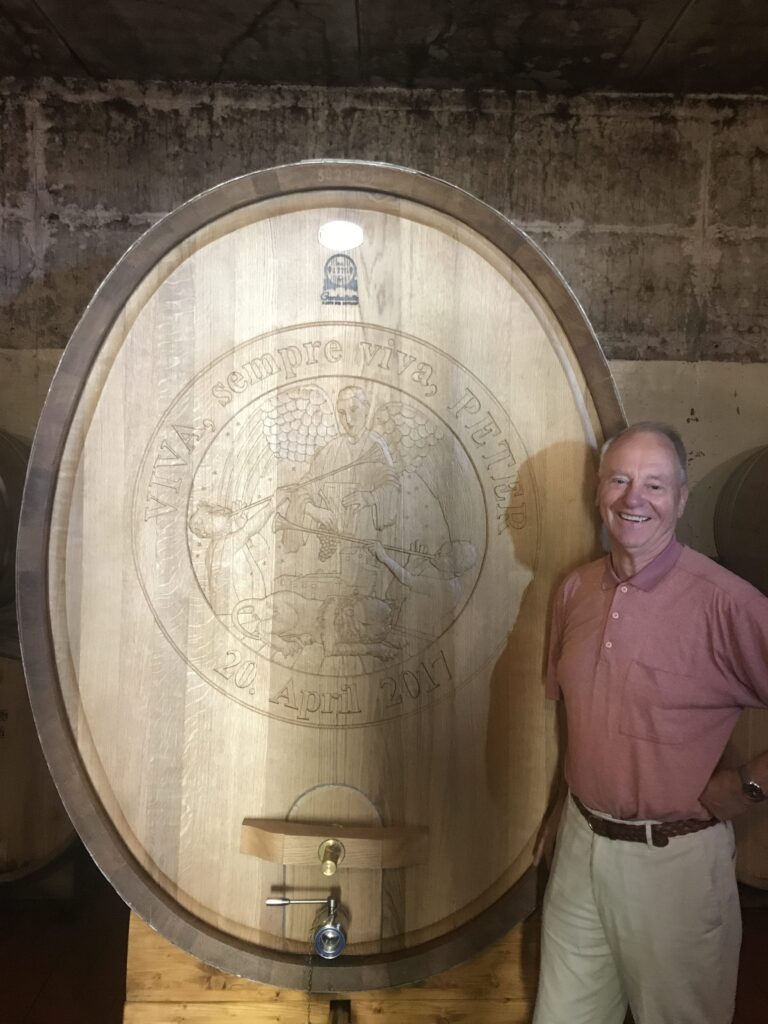 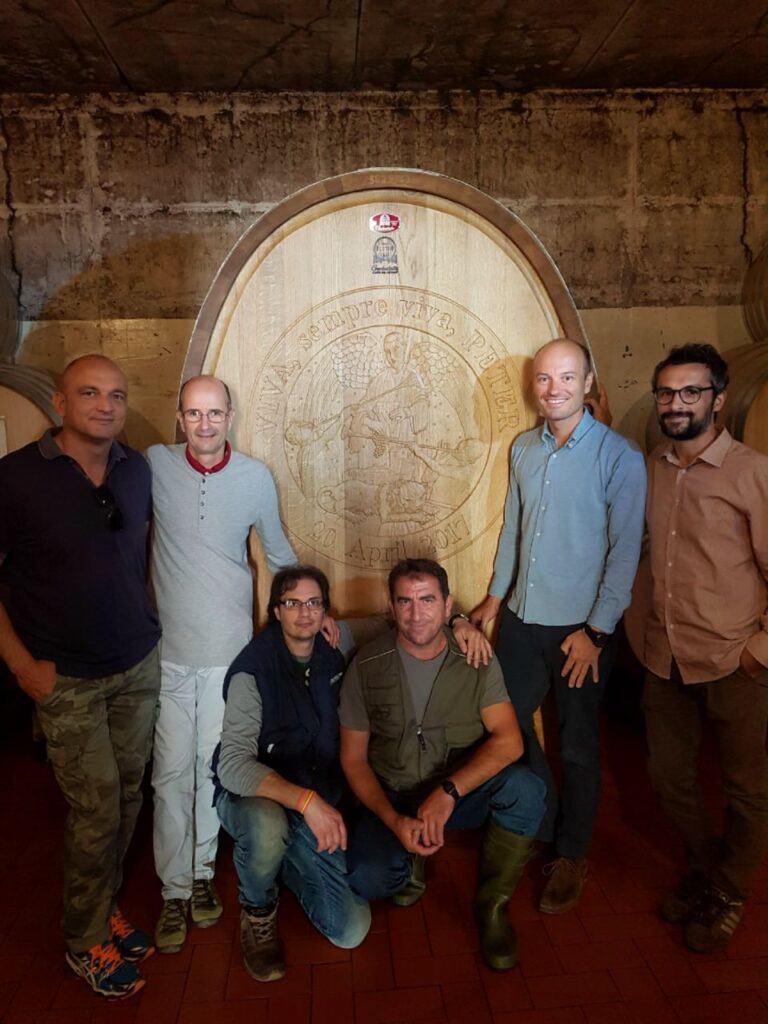 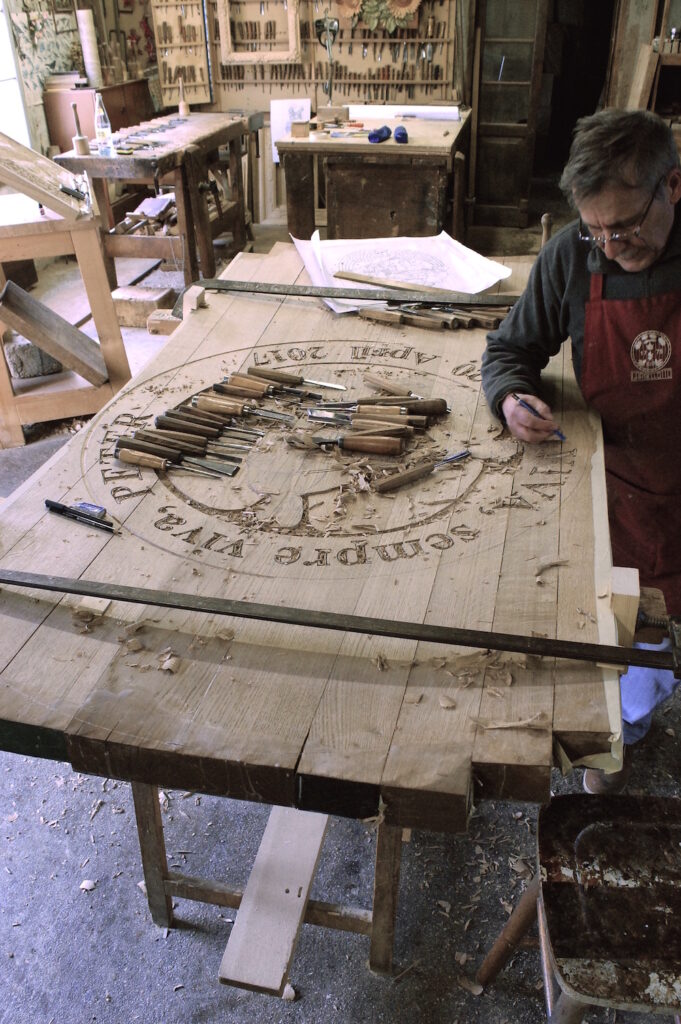 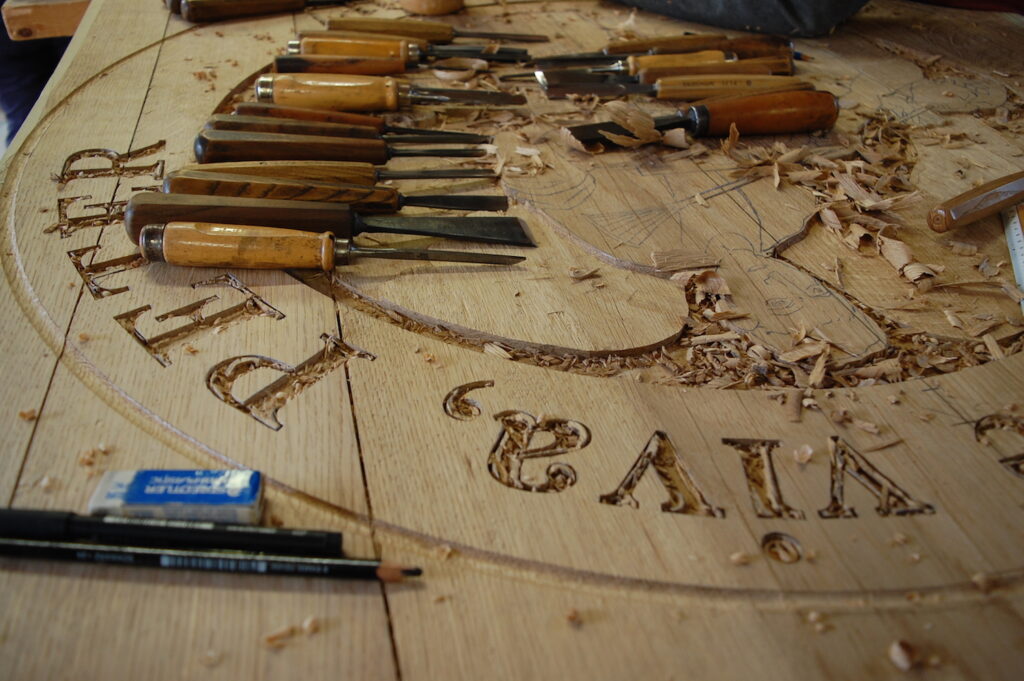 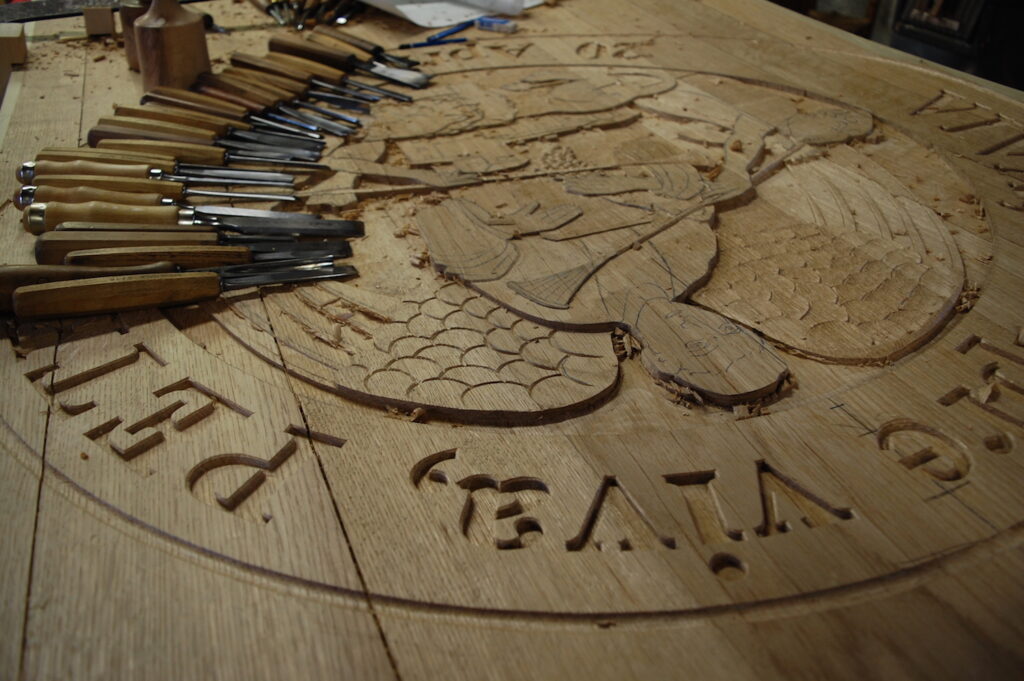