While maybe many of you don’t know the Italian newspaper “Gazzetta dello Sport” the pink newspaper is the most sold newspaper in Italy and the oldest still existing newspaper dedicated to Sports in the world. Since the beginning of Giro d’Italia the Gazzetta co-organizes also the historic Italian cycling race.

In short in Italy Gazzetta is a big deal ! It is a typical habit to have an espresso at the bar and read Gazzetta dello Sport, unfortunately during these surreal Covid times this is not possible.

Luca Gardini – best sommelier in the world 2010 – writes for GazzaGolosa and chose our Casanuova di Nittardi for his latest column giving it 96 points! We liked especially that he suggested to pair it with Jovanottis Song “Un Raggio di Sole” a clear sign of hope in these uncertain times! 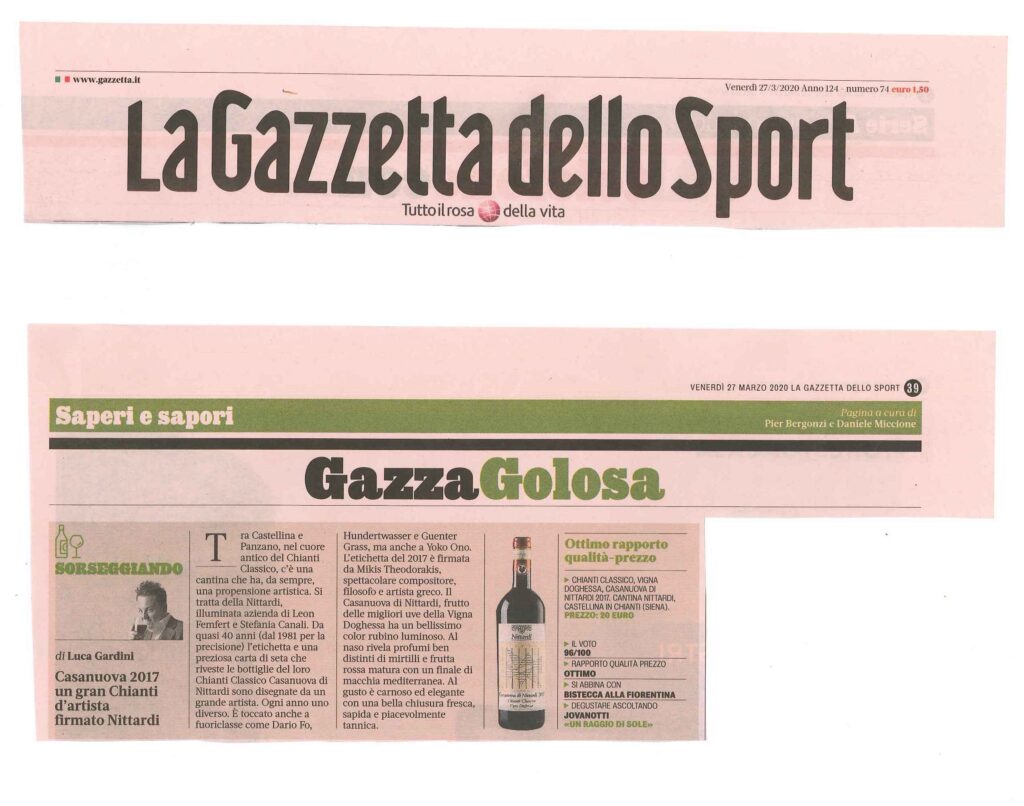